About a month ago (After the fail with the Moss skirt) I decided it might be a good idea to draw my own skirt sloper and just design my own skirts. I wouldn’t have to go through the hassle of fitting skirts anymore or experiencing fails like the Moss skirt one.

My initial idea was to get a tutorial, draft a sloper and would have a wardrobe filled with skirts by now.

It didn’t go as smoothly as planned.

I ended up making 3 versions of a sloper and because blogs are basically about learning from eachother and eachother’s mistakes. I’ll share all of them with you.

I found the tutorial online here.

That’s as far as the good things go. Here is the bad stuff: 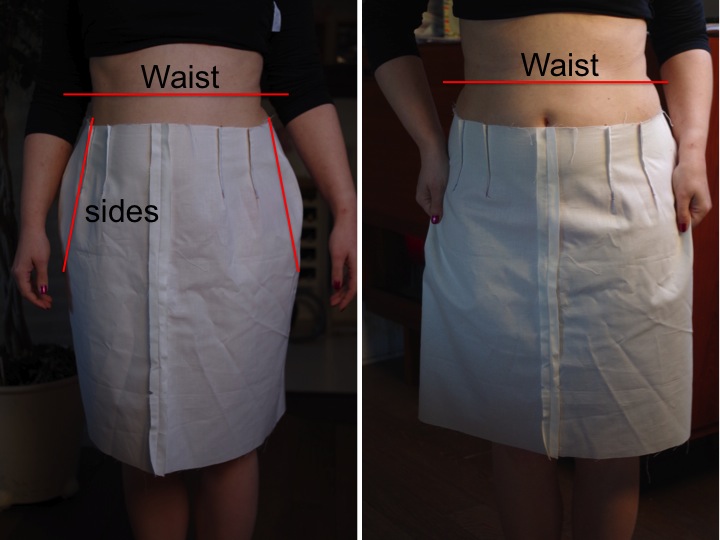 This was the result of the first try

For my second version, I used a book I had bought a while ago which deals with pattern drafting and sewing techniques. I knew there was an explanation to draw a skirt sloper in there but it seemed to have so much math that I was hesitant to try it. (Languages are my strong side, so logically math is not!)

I used this book.

The book is originally in Spanish and it was translated into Dutch.

The good things about this book:

But the bad thing: 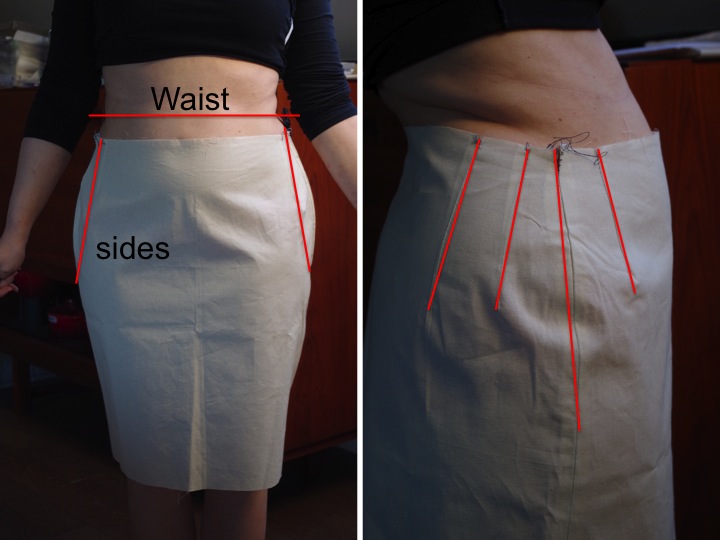 The result was better than version 1 but:

For version 3 I used this book. I talked about it before, not liking the styling and thinking every model looked hideous in her skirt. I still think that but the last chapter was about drafting your own pattern. And because this one wasn’t a translation (it was written in Dutch) I knew that wouldn’t cause any problems.

So the good things:

But I was willing to do the reading, did the math beforehand again and what do you know: It’s a perfect fit!

I’m very very happy with the result. I drew a waistband to add to the skirt. I love the colour and the fabric (a red gabardine I wanted to use for a Juniper that failed).

I also love the detailing:

I found this zipper on a craft fair I went to a few weeks ago and I found it to pretty to hide on the inside. I also used 2 sliders to close the waistband and a strawberry cotton for the waistband facing.

(And yes, that’s the nail polish I bought in Amsterdam)

Do I love my sloper? YESSUR! It fits perfectly and it’s strangely comfortable (the skirt falls were it is supposed to and it doesn’t creep up or down)

I have already drafted 3 new patterns based on this sloper and I have a whole lot more planned! I’ll keep you posted!

I was wondering whether to put the method I used for this sloper online. It’s a little work to put it on here, but if you’re interested I’ll gladly do it! Let me know!

15 thoughts on “The One with All the Slopers”