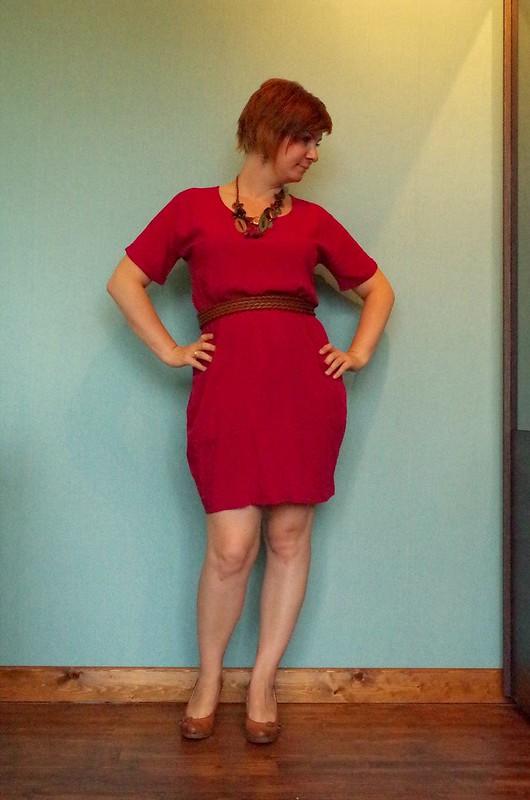 It’s not a secret that I’m usually not a fan of the cutesy style of Tilly. But when she released Bettine I was sold. I didn’t need a new dress pattern but still I couldn’t resist. I blame early pregnancy hormones.

I sewed and wore this dress at the end of August. I took pictures the same weekend but since I took them inside they are no good (even after 3 tries). It was my first attempt at getting back to blogging but I didn’t want to go outside and take pictures, so I used our wardrobe wall… The only thing I like about these pictures is my hair… Before the hairdresser chopped off way too much 😦

But back to the dress. 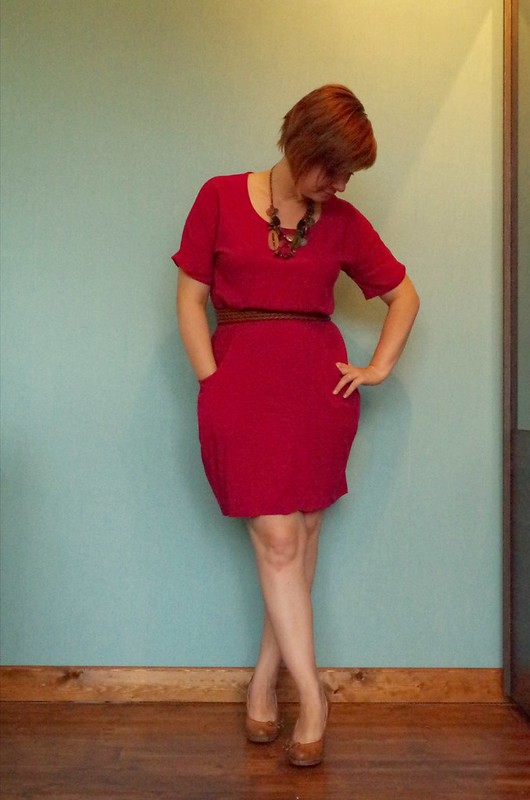 I wasn’t sold on it when I first wore it. I felt big and frumpy. According to my measurements I sewed a size 5 at the bust and a size 6 at the bottom. The neckline looks too high for my taste (lowering it next time) and the skirt is really really short, even on me. (I’m 5’2″ btw) But worn with a pair of heels and my favourite necklace it felt okay.

I was determined to like this dress, seeing I used this gorgeous raspberry/boysonberry viscose which draped wonderfully and felt so smooth against the skin. The fabric is the only reason I didn’t give up on it. I ripped one of the underarm seams on the first day, but I guess kimono sleeves and a toddler don’t really match.

Somehow this dress grew on me. It shrunk big time first time I washed it (I’ve been so good at pre washing my fabric lately, but just didn’t have the patience for this one) so it’s now only wearable with leggings but now that my belly is bigger I kind of like it a lot more than before. There is just enough easy to be comfortable but not so much that I look like a whale. So I’ve planned some maternity versions with a slightly raised waistline and longer length. Maybe with a V-neck? 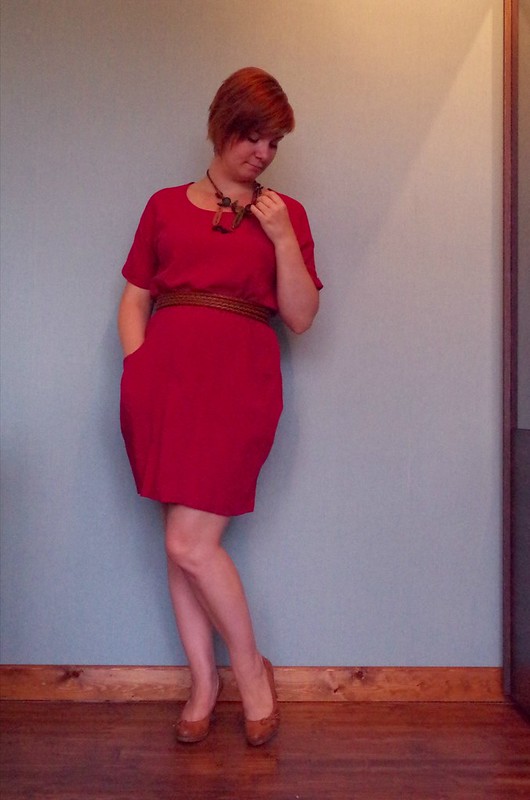